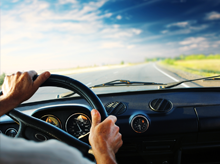 Admiral Group Case Study Admiral Group consists of some of the most recognisable insurance brands in the UK, including Admiral, elephant.co.uk, Diamond, and Bell. It employs over 2000 people in its offices in Cardiff and Swansea, and currently insures around 1.3 million motorists.

Admiral’s data centres, based in Cardiff and Swansea, required a major overhaul. Hosting both internal applications as well as customer-facing systems, it was coming under increasing pressure to meet the demands of the business and the customers that it supports. The nature and growth of Admiral’s business demanded frequent additions to the Intel server infrastructure, and the rate at which the server estate was growing was becoming unmanageable. In addition, the existing air conditioning system was no longer able to cope with the power and cooling requirements that these new servers would have.

Physical space limits
There were restrictions on the number of servers that Admiral could add to its data centre.

Power limits
The building could not add many more servers before exceeding the amount of electricity that the facilities could provide; any rises in the amount of power used added significant cost and could mean that the whole building would be affected.

Cooling requirements
Keeping all Admiral’s servers at an optimum temperature required a substantial amount of additional power, which added to the company’s energy bills and carbon footprint.

As a business our IT supports everything that we do, so creating a business continuity strategy was a key goal for the project.

In order to meet the demands of the growing business, Admiral’s IT project team, led by Network Manager Paul Connah, started to evaluate alternative solutions to manage the growth of the data centre.

Paul turned to APSU due to their comprehensive portfolio and proven track record in server consolidation projects. As a Microsoft Gold Partner, IBM Premier Partner and accredited VMware Enterprise Partner, APSU brought a wide understanding of the potential that virtualisation could have for Admiral’s IT infrastructure, both now and for the future.

“When we looked at our data centre environment, we could see that we required a different approach to meet our business needs,” said Paul. “Just adding more physical servers was not a sustainable way to run our IT. APSU suggested virtualisation using VMware to provide us with a more efficient way to manage our Intel infrastructure. ” As part of the overall IT refresh, Paul wanted to make the systems simpler to manage and more resilient. “As a business, our IT supports everything that we do, so creating a business continuity strategy was a key goal for the project.” said Paul. “We had a business continuity plan in place for the IBM System i platform that we use, but our Intel-based servers were not protected. We also required an easier way to manage the IT infrastructure from a central point so that we could be certain of deploying new services rapidly and meeting our business goals.”

APSU’s approach, based on their APSU Optimise solution range, was to start with an audit of the existing IT resources that were in place so that a full server consolidation plan could be created. As this was a complex project covering vital applications to Admiral, this plan provided essential information to the management team and to Paul about the return on investment that the move to a virtual infrastructure would deliver, as well as timescales for the project to be completed.

Once the audit was completed, APSU recommended a system based on two IBM BladeCentres attached to an IBM DS4500 SAN hosted at the main company data centre in Swansea. A third BladeCentre and second SAN would then be hosted at the Cardiff site to provide high availability. A total of 26 Blade servers were installed, the majority of which are running VMware ESX Server to host applications running in virtual machines. Admiral has reduced its total number of physical servers from approximately 60 to 26. VMware VirtualCenter is used to manage all of these virtualised servers from a central console.

The DS4500 SAN is used as a centralised storage platform for hosting all the virtual machines, which allows Admiral to support moving virtual machines between blades as necessary. In addition, a storage hierarchy policy has been adopted to ensure that its storage resources are used efficiently.

The IT team are now able to roll out new systems much faster and more efficiently. “Previously, when a request to roll-out a new application came through, it would take approximately three weeks before the system was available due to the time it would take to specify the hardware and commission the server,” said Paul. “Now using VMware, we can have a virtual server running and available in about thirty minutes.”

The move to a virtualised infrastructure based on VMware and IBM Blade servers has meant a fundamental change in how Paul and his team support Admiral.

“This project has addressed many of the issues that we had as an IT department,” said Paul. “Power and space requirements have dropped considerably, and our administration overheads have also been addressed. The focus for us going forward is how we can meet strategic needs and help to grow the business, rather than reactively fixing problems. Our virtual IT infrastructure means we are well equipped for the foreseeable future.”